This is a past event. Registration is closed. View other Swedish Chamber of Commerce Taipei events.

Can nations and companies join forces in co-branding?
Webinar 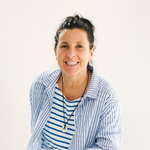 Ms Leonie Hoskin has more than 30 years of practical IKEA experience, working with retail, range, design and home furnishing on a strategic and operational level. She is currently holding a position as IKEA Retail Manager (Thailand, Vietnam) for Ikano Retail. Prior to this, she has had numerous managerial roles within IKEA in Asia, Australia, UK and Sweden.

She has been based in Southeast Asia since 2017. Ms Hoskin is curious about how people live/work, and passionate about delivering a better everyday life for the many. 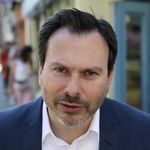 Professor Simon Anholt is the world’s leading thinker, author, researcher and practitioner on national image. He devised the concept of nation brand in 1998, now a multi-billion-dollar global industry, and is the founder and publisher of the annual Anholt-Ipsos Nation Brands Index and City Brands Index, two major surveys that use a panel of 60,000 people in 20 countries to monitor global perceptions of 60 countries and 50 cities.

Professor Anholt was Vice-Chair of the UK Foreign Office’s Public Diplomacy Board between 2000 and 2009, and has worked with institutions including numerous agencies of the United Nations, the World Economic Forum, the World Bank, NATO, the European Union, the World Trade Organisation, the International Olympic Committee, the UK House of Lords, the Commonwealth of Nations, the International Security Assistance Force and the Nordic Council of Ministers. 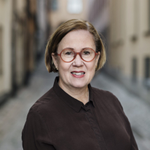 Ms Madeleine Sjöstedt is currently the Director-General of the Swedish Institute, a public agency with the mission to enhance trust and interest in Sweden abroad.

She has a degree in Master of Laws with focus on human rights and was previously Secretary- General of the liberal foundation Silc and the organization Cultural Heritage Without Borders.

Between 2006-2014 Ms Sjöstedt served as Deputy Mayor of the city of Stockholm responsible for culture, sports and real estate. She has also worked as a senior consultant in strategic communication and public affairs. 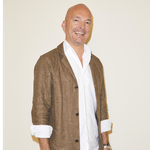 Christian Ihre spent 6+ years with P&G before co-founding Lynxeye with Johan Ekelin in 1999.

Mr Ihre has worked and lived in Singapore and has vast experience across brands, categories and geographies. He’s worked with clients in industries such as automotive, finance, tech, retail and consumer goods. He’s a frequent guest speaker within academia and at global conferences.